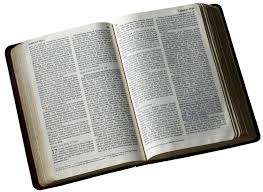 On account of this guilt they are given up to various vices, i.e., there are various and many vices to which or to some of which God has given them up and, if not to all of them, then to some of them. For not all of them are implicated in murder or in all the other vices. And God does not punish and give them all up in the same way, although they all have sinned somehow in the same way. If you ask why this is so, we answer: God wants it so according to his hidden judgment and because he wants all presumptuous talk to be stopped in view of the fact that one man, though a sinner, does at the same time something good, while another does nothing of the kind or, in case he does, does less of it.

Nobody has the right to define the rule by which God punishes sins or rewards the good. Accordingly, therefore, when he lets men fall into sin, he nevertheless has mercy on the one and forgives him, while he hardens another and condemns him. Similarly, he lets people live a good life and yet he reproves and rejects the one and accepts and crowns another.

“Being filled with unrighteousness” (Rom. 1:29); for so reads the Greek text, and not “with iniquity.”

“Iniquity,” however, is the name for the sin of self-righteousness, which men choose for themselves out of a foolish zeal for piety. Thus it is said in Matt. 7:23: “Depart from me, all you that work iniquity,” precisely with reference to the mighty works they claim to have done in the name of Christ. We can therefore make the following simple definition: iniquity consists in this, that you fail to live up to what you are bound to do, and do instead what seems right to you, while uprightness, by contrast, consists in this, that you do what you ought to do, regardless of what seems right to you. Lawyers, of course, define the same terms differently. Iniquity is then to be taken as a relative or comparative term, specifically in comparison with true righteousness, on the one hand, and self-righteousness, on the other.

Malice (Rom. 1:29) is that perverse tendency in man to do evil despite the good he has received, indeed, the tendency to use for evil purposes all the goods he has received from God or man. Goodness, by contrast, is the tendency in man to do the good even though his effort is hindered and checked by some wrong done to him; it makes evil serve for good. Yet, in contrast to worldly goodness, a man is not good in the spiritual sense of goodness if he does the good only as long as he prospers and no one opposes him. In German, the accurate meaning of bonus is fromm and of malus, hose. This is the sense also of the saying of Matt. 7:18: “A good tree cannot bring forth evil fruit, neither can an evil tree bring forth good fruit/’ This is said against the foolish people who shift their own guilt upon others and say: “It would not be difficult for me to be good if I could live among good people or could get rid of the bad ones that trouble me.”

In similar contrast stand the terms: benignity and malignity. Benignity is a friendly readiness to live together with others; it is kindness, i.e., the tendency of mind to do good to others and to be indulgent toward them. It is of two kinds: there is the perfect, or Christian, benignity, which remains the same in the face of gratitude or ingratitude; and there is human, or worldly, imperfect benignity, which remains constant only as long as it finds a response but ceases when it encounters ingratitude or some evil. “You shall be perfect as your father in heaven is perfect” (Matt.5:48), and “You shall be the sons of the Most High, for he is kind toward the unthankful and evil” (Luke 6:35).

Malignity, by contrast, is the perverse and harsh tendency to do ill to others and to be vindictive toward them. It, too, is of two kinds: there is that malignity which is the opposite of that heroic and catholic or Christian kindness: from a perverseness of the heart it inflicts injury upon the grateful and the good, not only upon the evil (and it does not make a halt even before benefactors). This is brutal unkindness. The other sort of malignity is the opposite of human and imperfect benignity: it seeks to harm others and to do them ill but it makes a halt before benefactors. In this light we can
understand the saying of the apostle in Gal. 5:22: “The fruit of the spirit is goodness and kindness.”

Wickedness (Rom. 1:29) is that mental perverseness which causes one to avoid intentionally an opportunity to help his fellow man and to protect him from evil. In this sense Blessed Augustine seems to interpret it in his book On Order,68 for he states there that the word “nequitia” (which translated means “wickedness”) is derived from nequire (to be unable), so that one (who has nequitia) is unable to do good, namely, from maliciousness. Others behave in this way out of envy or from sheer insolence.

Dissolute (Rom. 1:31) are those who are coarse in their speech, action, and dress, live in dissolute license, and do as they please.

A whisperer (Rom. 1:29) differs from a detractor (Rom. 1:30) in this, that a detractor tries to undermine another’s reputation, while the whisperer sows discord by secretly suggesting this to the one and that to the other. Every whisperer is double-tongued, but a detractor is not (Ecclus. 28:15).

After having introduced as it were an intervening clause, he returns to what he had before stated respecting the judgment of God: and he brings, as the first example, the dreadful crime of unnatural lust; and it hence appears that they not only abandoned themselves to beastly lusts, but became degraded beyond the beasts, since they reversed the whole order of nature.

It is not to the purpose to say, that every one was not laden with so great a mass of vices; for in arraigning the common baseness of men, it is proof enough if all to a man are constrained to acknowledge some faults. So then we must consider, that Paul here records those abominations which had been common in all ages, and were at that time especially prevalent everywhere; for it is marvelous how common then was that filthiness which even brute beasts abhor; and some of these vices were even popular. And he recites a catalogue of vices, in some of which the whole race of man were involved; for though all were not murderers, or thieves, or adulterers, yet there were none who were not found polluted by some vice or another. He calls those disgraceful passions, which are shameful even in the estimation of men, and redound to the dishonoring of God.

28. And as they chose not, etc. There is an evident comparison to be observed in these words, by which is strikingly set forth the just relation between sin and punishment. As they chose not to continue in the knowledge of God, which alone guides our minds to true wisdom, the Lord gave them a perverted mind, which can choose nothing that is right. [53] And by saying, that they chose not, (non probasse – approved not,) it is the same as though he had said, that they pursued not after the knowledge of God with the attention they ought to have done, but, on the contrary, turned away their thoughts resignedly from God. He then intimates, that they, making a depraved choice, preferred their own vanities to the true God; and thus the error, by which they were deceived, was voluntary.

30. The word theostugeis, means, no doubt, haters of God; for there is no reason to take it in a passive sense, (hated of God,) since Paul here proves men to be guilty by manifest vices. Those, then, are designated, who hate God, whose justice they seem to resist by doing wrong. Whisperers (susurrones) and slanderers (obtrectatores) [58] are to be thus distinguished; the former, by secret accusations, break off the friendships of good men, inflame their minds with anger, defame the innocent, and sow discords; and the latter through an innate malignity, spare the reputation of no one, and, as though they were instigated by the fury of evilspeaking, they revile the deserving as well as the undeserving We have translated hubristas, villanous, (maleficos;) for the Latin authors are wont to call notable injuries villanies, such as plunders, thefts, burnings, and sorceries; and these where the vices which Paul meant to point out here. [59]

I have rendered the word huperephanous, used by Paul, insolent, (contumeliosos;) for this is the meaning of the Greek word: and the reason for the word is this, — because such being raised, as it were, on high, look down on those who are, as it were, below them with contempt, and they cannot bear to look on their equals. Haughty are they who swell with the empty wind of overweeningness. Unsociable [60] are those who, by their iniquities, unloose the bands of society, or those in whom there is no sincerity or constancy of faith, who may be called truce-breakers.

For it is the summit of all evils, when the sinner is so void of shame, that he is pleased with his own vices, and will not bear them to be reproved, and also cherishes them in others by his consent and approbation. This desperate wickedness is thus described in Scripture:

For he who is ashamed is as yet healable; but when such an impudence is contracted through a sinful habit, that vices, and not virtues, please us, and are approved, there is no more any hope of reformation. Such, then, is the interpretation I give; for I see that the Apostle meant here to condemn something more grievous and more wicked than the very doing of vices: what that is I know not, except we refer to that which is the summit of all wickedness, — that is, when wretched men, having cast away all shame, undertake the patronage of vices in opposition to the righteousness of God.